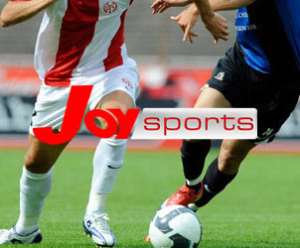 
The match of the weekend on Joy Sports and Adom TV on Multi-TV was undoubtedly the EL-Clasico and by some distance. In Accra, the Silverbird Cinema at the Accra Mall played host to the El-Clasico big screen experience on Multi-TV. De- Vault gardens did the honors in Tema and four viewing locations in Kumasi catered for scores of fans. These were the Indece Hall at KNUST, Clark's place at Danyame, Fourth Gardens at the Warrant Officers' and Sergeant's Mess at Ridge and the Jubilee Park. The Match itself ended in a 2-0 victory for Barcelona. The goals scored in each half by the impeccable Lionel Messi and Pedro Rodriguez put paid to Madrid's perfect home record and all but ended Los Galaticos title ambitions for one more year at least.

Schalke's Bundesliga ambitions were dealt a lethal blow in the first of 5 LIVE matches shown on Joy Sports and Adom TV this weekend. A relegation-threatened Hannover '96 played the game of their lives, overcoming Schalke 4-2 in the process. An own goal from Heiko Westermann in the 17th minute and Didier Ya Konan's strike five minutes later put the home side 2-0 up. Shalke fought back to level 2-2 with two goals in six second half minutes. The palpable fear of relegation propelled Hannover to go ahead once-more through Hanno Balitsch with 10 minutes remaining before a second from Didier sealed all three priceless points and with it hopes of league salvation.

Asamoah Gyan's inform Stade Rennes took centre-stage next knowing that victory over Lorient would put Rennes within touching distance of a Europa League place. Asamoah Gyan was himself substituted after just 37 minutes due to injury. Sigamarry Diarra put Lorient ahead after just 13 minutes but Renne hit back three minutes before the break through Romain Danze. The draw did nothing for either teams Europa league qualification bid.

The Serie A fixture saw Parma come from behind to stun Napoli at the Stadio San Paolo to move back into the hunt for a place in Europe next season. Fabio Quagliarella put the home side in front in the third minute, but two goals in five second-half minutes from Luca Antonelli and Alessandro Lucarelli turned the game on its head. Marek Hamsik brought Napoli level in the 78th minute, but they then lost Quagliarella to a red card before Luis Jimenez bagged a winner to take Parma above Genoa and Fiorentina into eighth position - three points behind sixth-placed Napoli.

The fifth match off the weekend was between an enraged Valencia side still smarting from their Europa League exit and a Mallorca side between only twice at home by Barcelona and Sevilla. Valencia's misery was compounded as they suffered a 2-3 loss, a horrible conclusion to the worst week of their season. Gonzalo Castro netted in the seventh minute and Pierre Webo headed in a second after 22 minutes to put Mallorca two up before Jordi Alba pulled a goal back within a minute of the restart for Valencia. But Mallorca restored their two-goal advantage when Castro's cross was diverted into his own net by Manuel Fernandes. Pablo Hernandez's 86th-minute effort set up a tense finale, but Valencia suffered a seventh loss of the season as Mallorca moved five points behind them in the Primera Division standings.

Fan '4' action returns this weekend. The Europa League semi-final between Liverpool and Atletico Madrid and Fulham and Hamburg begins on 22nd April on Multi-TV.