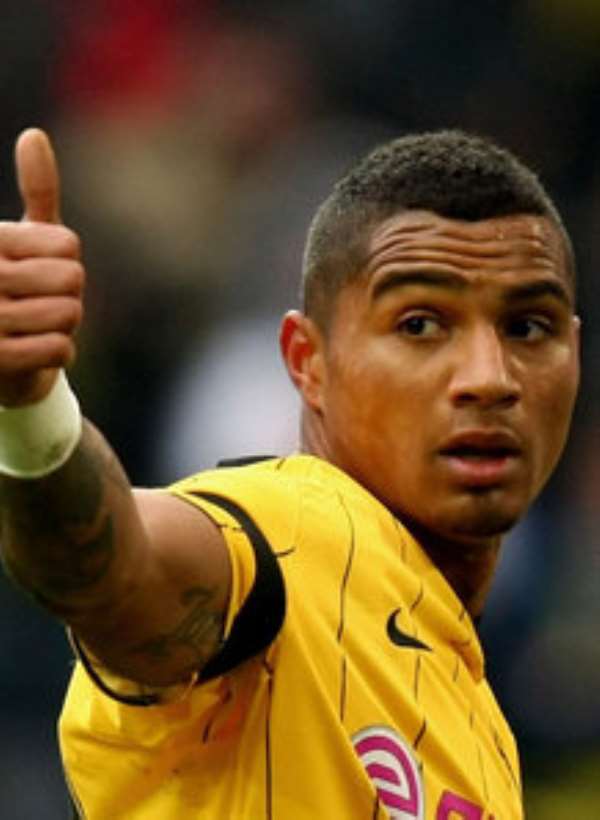 
Kevin-Prince Boateng's penalty in extra-time helped secure a remarkable win for Portsmouth as they reach the FA Cup final, their second in three seasons.

The troubled side, relegated in the premiership defied the odds as they beat Tottenham 2-0 at Wembley on Sunday, with Frederic Piquionne getting the other goal, which also came in extra-time.

In an end-to-end finale to the 90 minutes, Pompey survived Spurs' near misses with Peter Crouch heading a cross onto the post and another effort cleared off the line.

But nine minutes into extra-time, Piquionne's goal came when he tucked his finish away through Gomes' legs.

Despite holding onto the slim lead, Boateng ensured that his side set up a date with Chelsea in the finals when he added the second from a spot kick after Dindane had been brought down with three minutes to go.