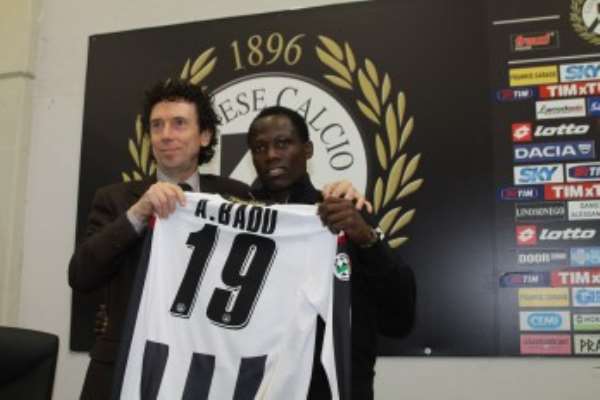 Ghana midfielder Emmanuel Agyemang Badu has excelled in his debut game for Italian Serie A side Udinese, just six days after joining the club.

The 19-year-old played for 85 minutes as they beat Serbian giants Partizan Belgrade 2-1 in a friendly at Udiense's Stadio Friuli on Tuesday.

Badu excelled throughout the the 85 minutes he spent on the pitch, signalling future permanent first team place for the youngster.

He was brought down in the box in the 12th minute which resulted in Udinese's opener from the penalty spot.

The 19-year-old was impressive in the inexperienced Ghana set-up that placed second at the just ended Africa Cup of Nations in Angola.

Badu signed a four-year-deal with Udinese after Ghana's triumph at the 2009 Fifa Under-20 World Cup in Egypt.