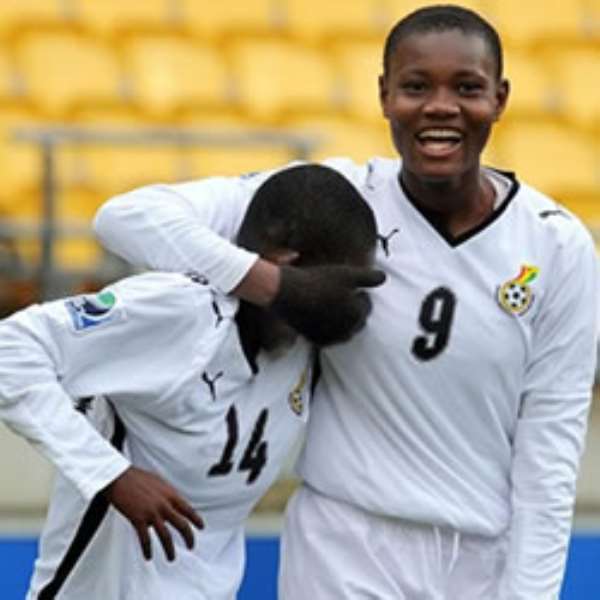 There can be no doubt that the pain of the past has fuelled Ghana's ambition to play at their debut FIFA U-20 Women's World Cup.

Ghana's team, the Black Princesses are now some 90 minutes away from securing a place at the finals to be hosted by Germany later in June after picking an important first leg win over DR Congo in the final qualifying round.

The Black Princesses will enter the return leg in Accra in a fortnight's time on the back of a 2-0 first leg advantage.

On the day, the scoreline looked good business for Ghana who could be set to land one of Africa's two qualifying slots.

Florence Dadson and Faizer Ibrahim maintained their fine scoring record in the qualifiers as both players scored one apiece in each half against the Congolese.

The opening goal scored in the first half was registered by Dadson, who now has two goals to her credit before Faizer added the second after the break to increase her tally in the qualifiers to three.

Ghana will play DR Congo in the final qualifying round for the next FIFA U-20 Women's World Cup.

The Black Princesses reached the fine qualifying stage after beating Tunisia 3-0 on aggregate.

Africa has two places at the competition to be hosted by Germany from July 13 to August 1, 2010.

The other qualifying places will be decided between Nigeria and South Africa.