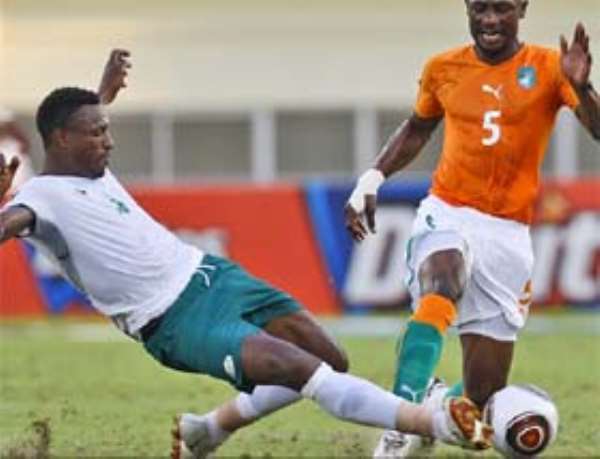 Ivory Coast will take on fellow World Cup finalists South Korea in a friendly match in London on March 3.

According to the Ivory Coast Football Federation, the match will be played at Loftus Road, the home of Championship side Queens Park Rangers.

The Elephants are in Group G for the World Cup in South Africa against North Korea, Brazil and Portugal.

South Korea were drawn in Group B of the June 11-July 11 tournament with Argentina, Nigeria and Greece.

Ivory Coast lost in the quarter-finals at the Africa Cup of Nations in Angola as they were beaten by Algeria 3-2 in a game that went into extra time. It will be the second friendly involving an African side in London on that date as Nations Cup winners Egypt play England at Wembley.