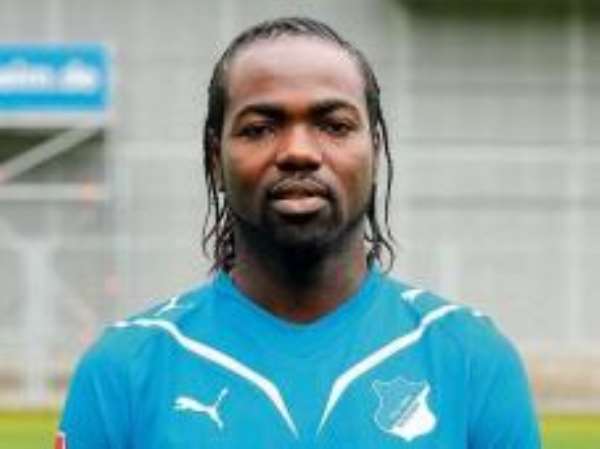 Ghana's Prince Tagoe made his debut in the Bundesliga for Hoffenheim almost six months after the club claimed he was unfit to play football.

Tagoe come off the bench in the final ten minutes of Hoffenheim's 0-2 loss to Schalke to complete his comeback from what threatened to be a premature end to his career.

The striker was at the centre of a controversy of his health with his club because of concerns about a heart defect leading to the termination of his three-year contract.

But Tagoe fought the issue in court and was declared fit by two different specialist before Hoffenheim reinstated him.

His returned has shamed some officials of the German side who wanted his ousted at the club, particularly Jan Schendelmieser, the club general manager.