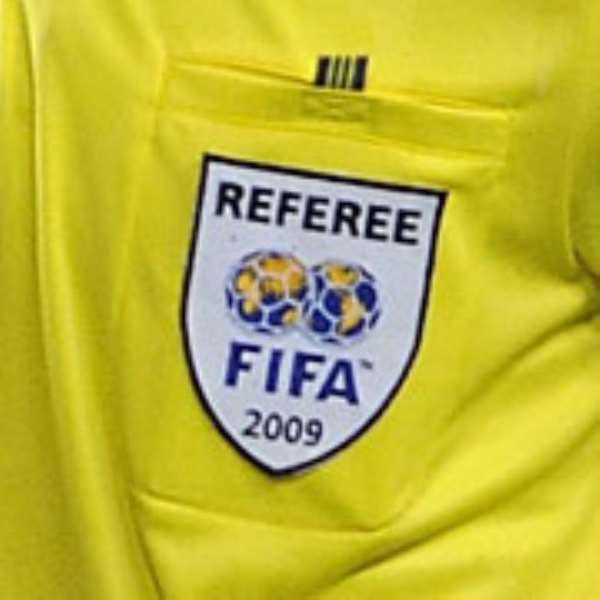 Benin referee Bonaventure Coffi Codjia, who once reported Kotoko to Caf, has been suspended indefinitely by the organisation after failing to take action against an Algeria player who head-butted him at the African Nations Cup.

A CAF spokesman told Reuters on Sunday that Codjia, also on the shortlist for the World Cup in June, did not mention the incident in his match report after deciding against taking any action on the field against Algeria goalkeeper Fawzi Chaouchi.

Codjia was clearly grabbed by the collar and butted by the keeper after Egypt took a 1-0 lead with a disputed penalty in Thursday's semi-final in Benguela.

Chaouchi was enraged by the way in which Egypt's Hosni Abd Rabou ran up to the ball, stopped and feigned his spot kick before stroking it easily into the net.

Codjia awarded the goal and Chaouchi chased after the referee, grabbing him from behind and turning him around and butting him.

He was quickly dragged away by team mates.

A minute earlier the referee sent off Algeria defender Rafik Halliche for a second caution for a tackle that led to Egypt being awarded the penalty.

Chaouchi was later sent off when an attempted kick at an opponent earned a second caution.

Algeria wing back Nadir Belhadj was also given a straight red card for a two-footed lunge with 20 minutes left as his side lost 4-0.

CAF said disciplinary proceedings against Belhadj and Chaouchi would be held next month.

Both face bans which could see them ruled out of the World Cup in South Africa.