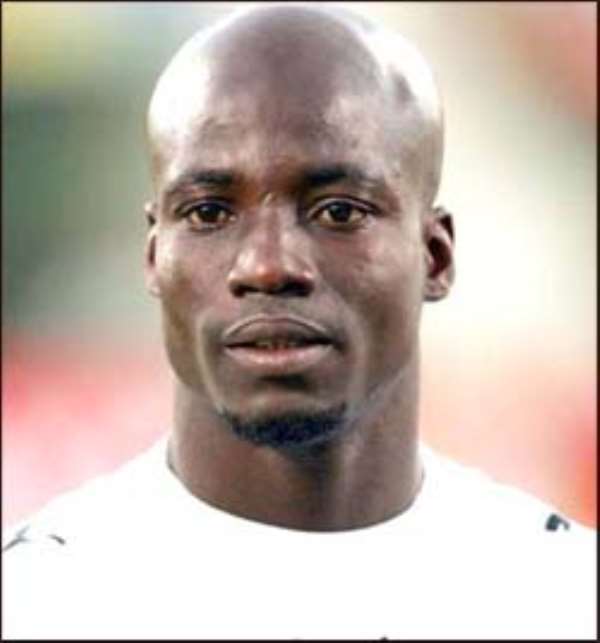 Injured Ghana captain, Stephen Appiah has urged the Black Stars to believe in themselves as they take on the host nation Angola in the quarterfinals of the ongoing Africa Cup of Nations.

He congratulated the Black Stars who, according to him, had surmounted all obstacles to reach this stage.

Stephen Appiah, who is not at CAN 2010 due to injury, heaped praises on the youngsters for showing character and determination to beat Burkina Faso 1 - 0 and as such progressing to face Angola in the quarter final on Sunday.

“I will like to congratulate the Black Stars for making the quarter finals despite the immense pressure they were under” he said on his website, www.stepapp.com.

“They showed character and determination in beating Burkina Faso and I am really pleased with their reaction after losing to Ivory Coast. It takes a lot of mental strength and they did very well,” he added.

“From here on it is going to be difficult because every game is a final. One strike and you are out so they need to keep believing in themselves and fight to the end in every game. I have faith in the team and I am looking forward to watching them on Sunday.

“I will also like to wish Michael Essien well and a speedy recovery after his knee injury. I have spoken to him and told him to be strong,” he concluded.

Following injury to several senior players of the Black Stars, the pundits had written Ghana off as far as the 2010 Africa Nations Cup was concerned. But with a tenacity of purpose, the young squad had stepped into the big shoes of Skipper Stephen Appiah, Michael Essien, John Mensah and Laryea Kingston, qualifying for the round of eight at the tourney.

Now the young Ghanaians will pitch their strength against that of host nation Angola, and whether or not their determination, stamina and fighting spirit will see them through, only time will tell.

I won’t bow to pressure to make Parliament a ‘rubber stamp o...
28 minutes ago