Africa Cup of Nations to go ahead despite Togo attack 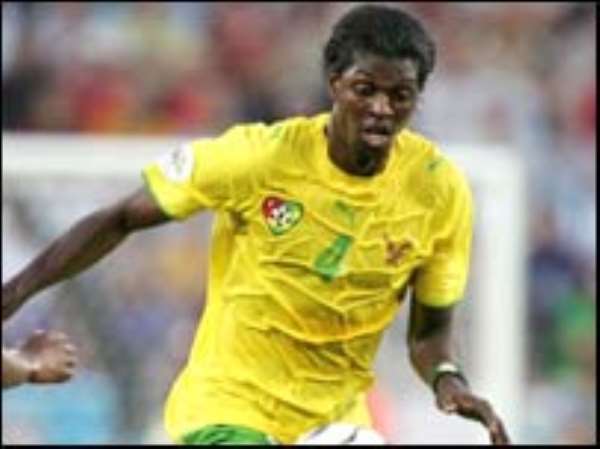 The organisers of the Africa Cup of Nations say it will take place despite the attack on the Togolese football team in the host country, Angola.

"Our first priority is the safety of the players, but the tournament will go ahead," said a spokesman for the Confederation of African Football.

The driver of the team's bus was killed and at least two players were wounded when it came under fire on Friday.

Separatists in the enclave of Cabinda, where the Black Stars are based, have said they carried out the attack and have promised further attacks.

CAF said the Togolese Football Federation had failed to inform them that the team was travelling overland from its training camp in Congo-Brazzaville, through a dangerous area with no security.

The body expressed surprise that the team had not travelled by air.

Togo captain Emmanuel Adebayor said his country might withdraw from the African Nations Cup in Angola after gunmen opened fire on the team bus on Friday.

The bus driver was killed and nine people were wounded, including two players, after the bus came under attack as it entered the Angolan enclave of Cabinda.

"As the captain of my national team I can say that if the security is not sure then perhaps we will be leaving tomorrow (Saturday)," the Manchester City striker told BBC World Service.

"It is a football game and one of the biggest tournaments in Africa but I don't think people are ready to give their lives.

"I will talk with my team and we will take a decision that is good for our careers, our lives and our families. At the end of the day, it's only football.

"A lot of players want to leave. They have seen death and want to go back to their families."

The 25-year-old former Arsenal striker said the bus came under attack for 30 minutes.

"They shot dead our driver, there was no-one to drive the bus," he added.

"It was like we were living in a dream. I'm still under shock.

"I am one of those who carried the injured players into the hospital, that is when I realised what was really going on.

"All the players, everyone, was crying, calling their mums, crying on the phone, saying their last words because they thought they'd be dead," he said.

The separatist group the Front for the Liberation of Enclave of Cabinda (FLEC) claimed responsibility for the attack, which happened two days before the start of the African Nations Cup and five months before the World Cup finals in South Africa.