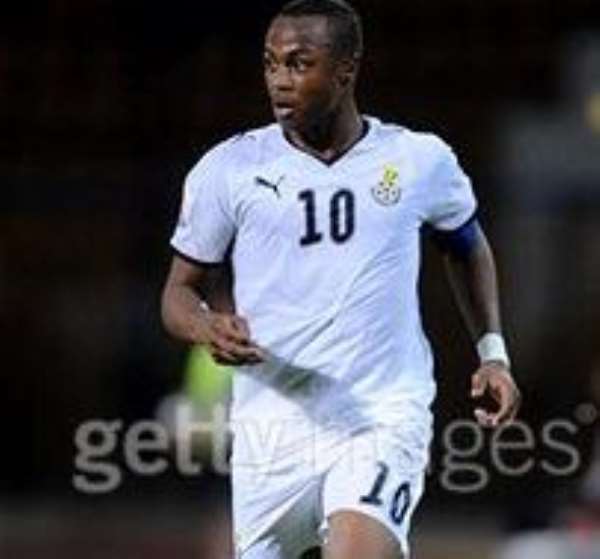 Ghana midfielder Andre Ayew claims the Black Stars have found a strong mentality required to contest for the African Nations Cup trophy even without some key players.

The on-loan Arles Avignon player is impressed with the team's unity and sense of purpose at their pre-tournament camping base in Nelspruit, South Africa.

Ghana are without captain Stephen Appiah, John Mensah, John Paintsil and Laryea Kingson due to injuries and Inter Milan's Sulley Muntari was dropped on disciplinary grounds.

Ayew, one of eight players of the Black Satellites players drafted into the team, remains upbeat of Ghana's chances at the competition.

"It's really great and we are all enjoying ourselves. I love the way we all want to win for Ghana and it's the nicest to happen to any squad ahead of a major tournament," the 20-year-old told Ghanasoccernet.com

"The morale in camp is high and I think every player is happy to be here and knows what he has to do to help us make an impact.

"We are not with our big players but I must admit that the senior ones are giving us(Under-20 players) the necessary encouragements."

He added:"I'm not saying we are going to win the trophy but people should wait and see us and they can judge for themselves."

Ghana open their campaign at the tournament against West African neighbours Togo on 11 January.