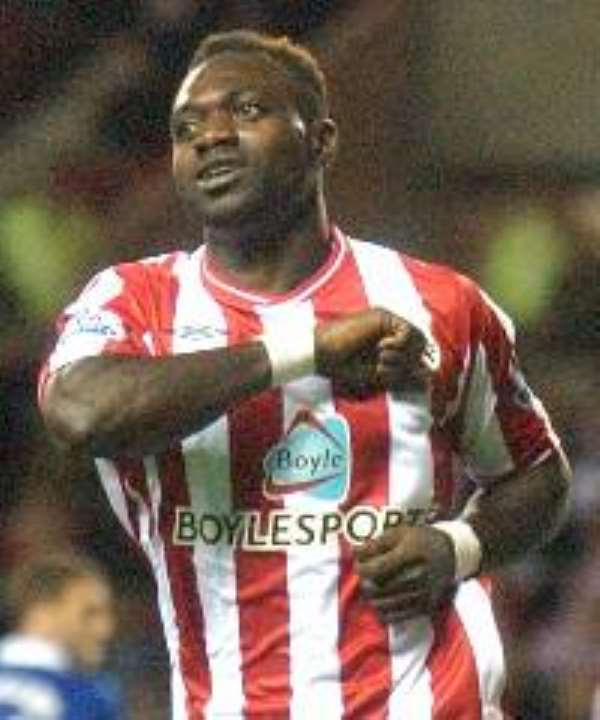 John Mensah is desperate for a solution to the injury nightmare that has overshadowed his stay with Sunderland, and now threatens to ruins his dreams of leading Ghana to glory in the African Cup of Nations.

The on-loan Lyon defender was one of Sunderland's nine absentees at Blackburn on Monday after suffering a hamstring strain in the 1-1 Boxing Day draw at home to Everton.

Mensah will report for duty for his country next week but knows that it is unlikely he will be fit again for Ghana's opening Cup of Nations fixture against Togo on January 11.

And there is even a chance he may not recover in time for their last group match against Burkino Faso on January 19.

Mensah has started only four of Sunderland's 20 Barclays Premier League games this season after being hampered by injuries throughout his temporary stay on Wearside.

He said: "I am happy to be with Sunderland, but I am very sad that I have not been able to play because of injuries.

"I don't understand why I have had so many injuries. I need the doctors to tell me why and they are trying to find out what it is.

"I feel I can do well in the Premier League, and of course the African Cup of Nations is a big goal for me and my country.

"The World Cup is also next year, so this should be exciting for me but all I can worry about is why I keep suffering these injuries."

Mensah has had a battery of tests in a bid to establish why he keeps breaking down.

He accepts that his latest problem could be a major blow not only to his progress with Sunderland but also to his hopes of captaining Ghana in Angola.

"I could be out for three weeks now and I'm quite disturbed about the news," he said.

"I am still talking to the Ghana coach (Milovan Rajevac) to see how things will go for me.

"I will join the squad and hopefully play."
Ghana also have a doubt over Chelsea midfielder Michael Essien, another hamstring victim.