Pantsil out of African Cup of Nations 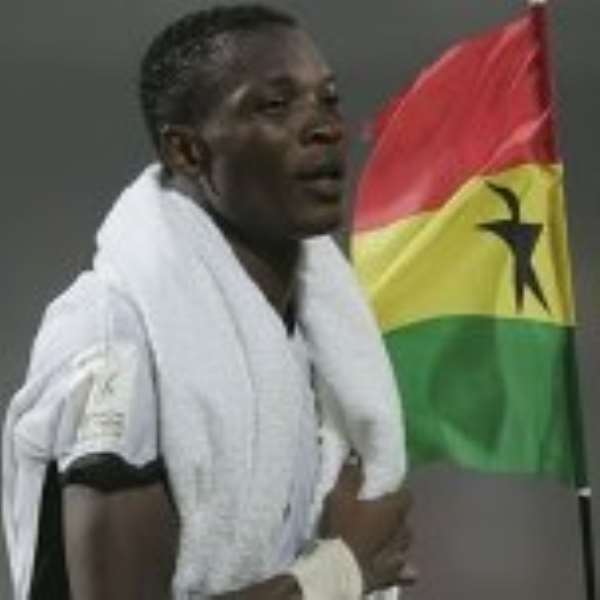 Ghana defender John Pantsil has revealed that he will not play in next month's Africa Cup of Nations because of the knee injury he suffered this week.

The defender twisted his knee in their 2-1 defeat at the hands of Chelsea on Monday which is a major setback to the title ambitions of Ghana at the tournament.

Doctors have now confirmed the fears of Fulham coach Roy Hodgson that the injury is a long-term setback as he has been ruled out for six weeks.

This means he will recover to play for the Black Stars even if they reach the final on 30 January.

A devastated Pantsil rued the opportunity of serving his country at the tournament but insists Ghana will win the three-week competition.

"Mum and dad, families, friends, fans, and above all Ghanaians, I just want to say a big sorry to all of you," Pantsil said.

"I am saying a big sorry because I will not be making it to the African Cup of Nations in Angola.

"I promise you all that, this team will bring the cup without me in the name of our good Lord... everybody say Amen!

Despite the absence of Paintsil, the Black Stars will find a suitable replacement in talented youngster Samuel Inkoom who has been vying for the position.

Inkoom was part of the Ghana U20 team that won the World Cup in September and has been part of the Black Stars since the start of the year.

The Black Stars have been ravaged by injuries as key players Stephen Appiah and Laryea Kingston have already been ruled out of the tournament.

Deputy captain John Mensah is also a doubt for the tournament because of a calf injury he suffered in England.

The availability of Michael Essien is also in doubt which has considerably weakened the Black Stars.