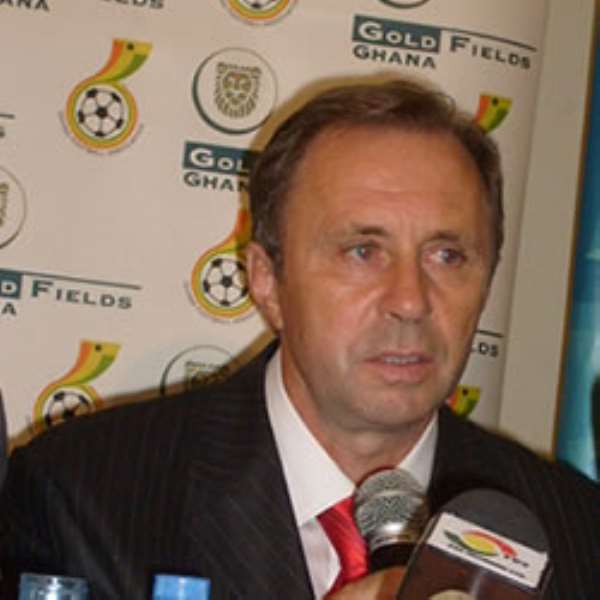 
Preparations for the finals of 2010 African Cup of Nations has gotten off to a smooth start as Milovan Rajevac had half the number of called up players on the opening day for Ghana's campaign.

The Black Stars commenced preparations for the tournament on December 28, 2009 in Nelspruit, in the north-eastern part of South Africa after traveling from Accra, the Ghanaian capital on Sunday with nine squad members.

Four other players – Hans Adu-Sarpei, Opoku Agyemang, Matthew Amoah and Eric Addo joined in straight from their bases as Rajevac has his first session with his team for the CAN on Monday.

The second day of training will see an increase in personnel. Called up players from the Black Satellites team will depart Accra, Monday night following their return from an honouring ceremony in the Ivorian capital by President Laurent Gbagbo for winning the Fifa Under-20 World Cup.

The Black Stars have been drawn in Group B of the CAN where they will face Ivory Coast, Burkina Faso and Togo in an all-West African battle.

The tournament begins on 10th January 2010 in Luanda and reaches it climax at the same venue on January 31.