Amoah on target ahead of CAN 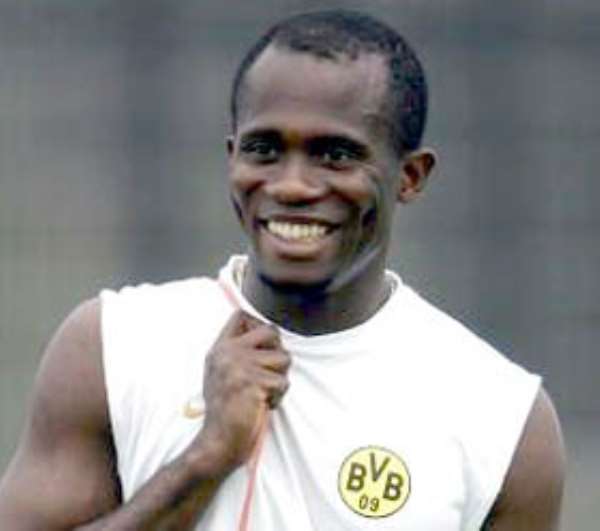 Matthew Amoah will head into next month's African Cup of Nations on a high as he ended the first half of the Dutch season with a goal on Wednesday.

The Black Stars striker broke the resistance of De Grafschaap with the opening goal after 107 minutes of play before a second from Giilsen made victory certain for NAC Breda in the fourth round of the Dutch Cup.

The goal was Amoah's 7th of the season as he now turns his attention on Ghana's campaign at the Nations Cup to be hosted by Angola.

Ghana are placed in Group B where they would play Ivory Coast, Burkina Faso and Togo.

Despite wrapping up the season on a good note, there was pain for Amoah's fellow strike partner, Asamoah Gyan, who saw red and defeat in the French Lique 1.

Gyan was sent off for Stade Rennes ten minutes into their 2-0 loss at Sochaux.