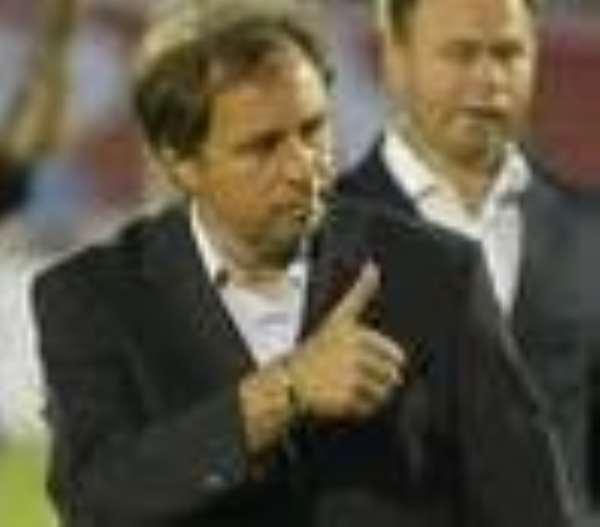 Milovan Rajevac has finalized his Black Stars squad, naming a 23-man list for the 2010 Orange African Cup of Nations. The coach today announced the list which includes six members of the Fifa World Under-20 winning team for the tournament to be hosted by Angola early next month.

Ghana's team will commence preparations for the tournament on December 28 in Nelspruit, in the north-eastern part of South Africa.

The Black Stars have been drawn in Group B of the CAN alongside Ivory Coast, Burkina Faso and Togo in an all-West African battle.

The tournament begins on 10 January 2010 in Luanda and reaches it climax at the same venue on January 31.