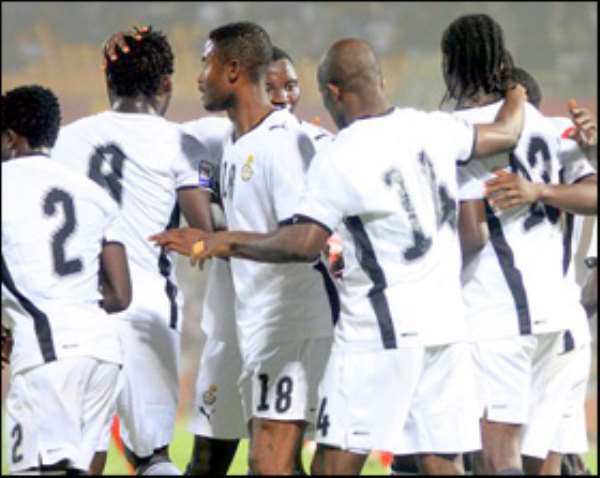 Ghana has been handed a tough draw to play Germany, Australia and Serbia in Group D of the 2010 World Cup in South Africa.

The Black Stars will open their campaign against Serbia - a tough side coach Milovan Rajevac was keen on avoiding.

Ther Serbian will not avoid another tough European side Germany which is likely to feature a clash between two brothers playing for either side.

Jerome Boateng, who plays for Germany's U21 side and likely to make the senior side, to play Kevin-Prince Boateng who has applied to play for the Black Stars.

Ghana wil also play Australia - a side the Black Stars have found no difficulty in containing.

France, the 1998 champions and 2006 runners-up, were drawn in the same group as hosts South Africa in the draw for the 2010 World Cup finals on Friday.

South Africa will meet Mexico in the opening match at the Soccer City stadium in Johannesburg on June 11 in the 32-nation tournament which finishes with the final on July 11 in the same stadium.

Former World Cup winners Uruguay are the fourth member of Group A.