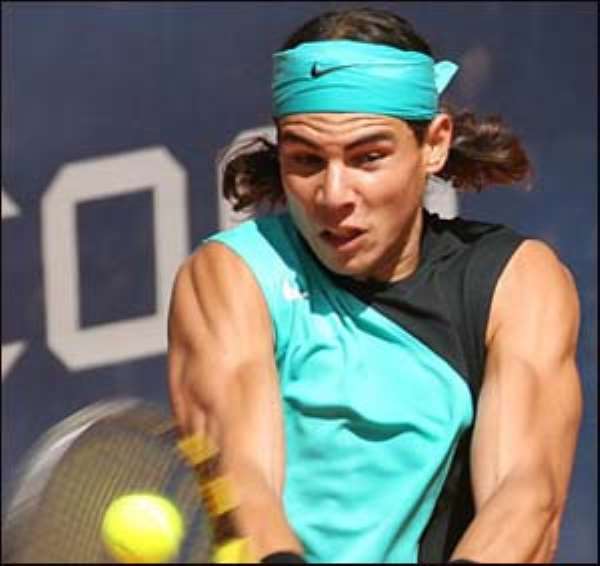 Sweden's Robin Soderling enjoyed his second shock win of the year over world number two with a straight-sets victory at the ATP World Tour Finals in London.

The eighth seed repeated his stunning effort at the French Open with a 6-4 6-4 win in the opening Group B match of the round-robin phase.

Soderling only made it into the season finale for the world's top eight players after Andy Roddick pulled out with an injury, but the 25-year-old has put himself in pole position to reach the last four.

Soderling had arrived in London with little expectation surrounding him, but relatively free of pressure and coming off the best year of his career as he rose to nine in the world.

At 6ft 4ins and with a big serve and heavy forehand, his game is more naturally suited to the O2 Arena conditions than Nadal's, and three of the Swede's four career titles have been won indoors.

Nadal, in contrast, could end the year as world number one with a good run in London but has been searching for his very best form since the knee injury that forced him to miss Wimbledon, and the subsequent abdominal problem that hurt his US Open campaign. There was a shock in the doubles for the second day running as seventh seeds Max Mirnyi and Andy Ram defeated second seeds Mike and Bob Bryan 6-4 6-4, after top seeds Daniel Nestor and Nenad Zimonjic lost their opener on Sunday.