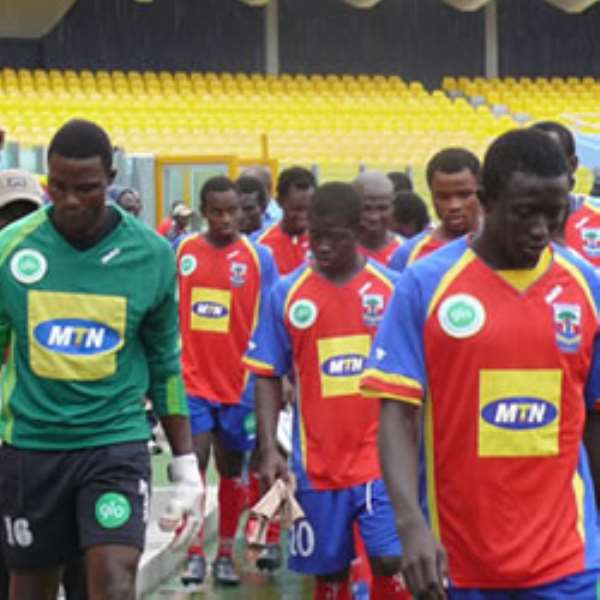 Kessben FC extended their lead at the top of the league table following a 2-1 win over AshantiGold who began the day in second place.

Kessben maintain their four-point lead at the summit after edging past AshantiGold in the top-two clash on Wednesday in the premiership.

Ali Baba set the home fans into early excitement at the Anane Boateng Stadium when he rifled in a shot from outside the box two minutes into the start of the game.

Eight minutes later, the Miners drew level through Fred Quayson but Edmund Owusu Peprah ensured that home side picked all three points when he scored the winner after 56 minutes.

A 70th minute goal from a spot kick by Emmanuel Allan condemned the champions to defeat.

However, the story was somehow different in Kumasi where Asante Kotoko scored two late goals to beat Real Tamale United 2-1.

Jordan Opoku and Frank Boateng eased the pressure on coach Paa Kwesi Fabin after the 80th minute when both goals were scored.

But an injury time strike by Yusif Aziz was not enough to haul RTU back into the game.

Salou Yakubu scored from a spot kick to hand Berekum Arsenals the three points at the Sekondi Stadium where the defeated Eleven Wise 1-0. The result leaves C.K. Akonnor's side bottom of the table.

In-form Liberty Professionals brought down to earth at the El-Wak Stadium in Accra where the slumped to a 0-1 defeat to Great Olympics.

Emmanuel Lartey scored for the Wonder Boys in 65th minute to keep them out of the drop zone.

New Edubiase United were 2-0 winners at the Len Clay Stadium against Hasaacas while Chelsea beat King Faisal 1-0 at the Coronation Park.

Heart of Lions picked a point from the Wa Park where they drew goalless with struggling All Stars.

I haven’t said NPP is Majority in Parliament – Bagbin clarif...
3 minutes ago