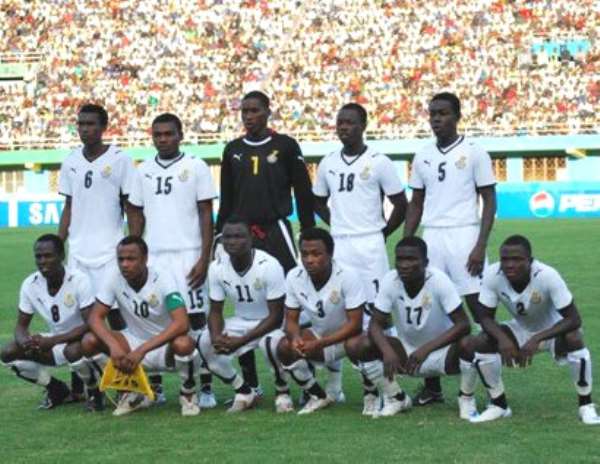 
The management of Fidelity Bank, a financial institution, on Saturday presented a cheque of GHC 10,000 to the Black Satellites for annexing the ultimate trophy of the FIFA Under 20 youth tournament in Egypt.

Mr Jim Baiden, Deputy Managing Director of Fidelity Bank, said the donation of the amount was in line with the company's corporate social responsibility towards sports development in the country.

"It is our belief that supporting the National Sports Council with its plan of motivating our sportsmen and women who lift the flag of Ghana high was in the right direction", he said.

Mr Latef Salifu, a member of the victorious team, who received the cheque on behalf of his colleagues, thanked the Bank for its kind gesture.

Some of the players present at the occasion included Gladson Awuku, Joseph Addo and Ghandi Ghasenu.