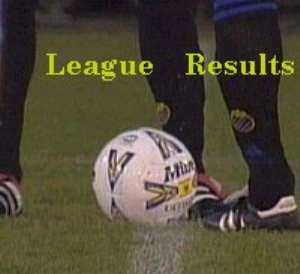 Real Tamale United this afternoon ended Accra Hearts of Oak’s winning spree with a 2-1 victory over the Phobian’s at the Bolgatanga Park. Though Hearts of Oak drew first blood through Emmanuel Osei Kuffour’s strike in the 10th minute of the first half, the home side, drew level before proceedings ended for the first half. Back from recess, Real Tamale United after dictating the pace of the game, sealed the game with a goal scored in the 10th minute of the second half. Kuffour's goal was his fourth in his four match appearances this season. The win end's Hearts’ 18-match unbeaten record with only a draw in the first round. In other matches played, Hearts’ rivals, Asante Kotoko beat King Faisal 1-0 in a local derby. In Accra, Great Olympics drew goalless with Okwawu United while Liberty Professionals defeated Dawu Youngsters by a lone goal to nil in their match played on Saturday. Obuasi Goldfields recorded the highest scoreline with a 5-0 thrashing of Maxbees. Tano Bofoakwa beat Hasaacas by a lone goal. Mine Stars also defeated BA United by a lone goal. In Koforidua, Power FC beat Berekum Arsenals by two goals to nil. There are no major changes at the top, despite Accra Hearts of Oak’s loss. Hearts still top the league table with 52points. However Asante Kotoko with their one-nil win over King Faisal have cut Hearts’ lead to seven points. Liberty Professionals are still third on the table. Maxbees drop to the bottom of the table as Mine Stars climb one above them. Real Tamale United 2 Hearts 1 Kotoko 1 King Faisal 0 Bofoakwa 1 Hasaacas 0 Liberty 1 Dawu 0 Olympics 0 Okwawu 0 Power 2 Arsenal 0 Mine Stars 1 B/A United 0 Goldfield 6 MaxBee 0 Hearts’ Winning Spree Halted