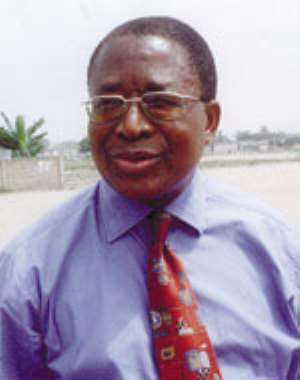 Defending league champions, Accra Hearts of Oak might have whipped rivals Asante Kotoko three-nil but their finances have been depleted by 15million cedis. Investigations by the local radio station, JOY, have revealed that the office of the Sports Minister allocated tickets meant for sale at the VIP wings as complementary tickets. Tickets for one side of the wings of the VIP lounge, which went for 150,000 cedis each were therefore not sold. According to sources at the Ministry, the Minister, as leader of Ghana's Commonwealth Games delegation, was out of the country and could thus not be held responsible for the directive to issue the complimentary tickets. The National Sports Council's 10 per cent share of the gate proceeds has also been affected by the loss, since they would have made a few millions higher, had the tickets at VIP wings been sold. Coming in the wake of persistent appeals by clubs to the NSC, GFA and the Ministry for funds, the loss has dealt a blow to Accra Hearts of Oak. Gate proceeds for Sunday's match yielded 250 million cedis and the management of Hearts of Oak have started enquiries into the financial discrepancies. For now the big question that remains unanswered is who ordered the issuance of the complimentary tickets on behalf of the Minister?