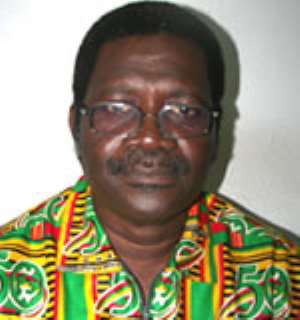 This is because the current second-year students who started the four-year senior high school programme will next year be in their third-year and, therefore, cannot be eligible to participate in the examination.

It is only in 2011, when the students will be in the fourth and final year that they will be qualified to write the WASSCE. There will, however, be the November-December private candidates WASSCE in 2010.

This was contained in a letter issued by the Ghana Education Service (GES) to heads of senior high schools, outlining the calendar for the 2009-2010 academic year, a copy of which has been made available to the Daily Graphic.

“Please, note that there would be no West Africa Senior School Certificate Examination (WASSCE) in May/June 20:10. This calendar supersedes any other that has been published," the letter signed by a Deputy Director General of GES, Ms Benedicta Naana Biney, said.

According to the calendar, next year's Basic Education Certificate Examination (BECE) would be held from April 19 to 23, 2010. .

According to the calendar, senior high schools were to resume for the third and final term for the academic year from April 30, 2010 to August 5, 2010.

Meanwhile, the GES says it has taken cognisance of the involvement of a large number of serving teachers currently pursuing the Diploma in Basic Education by distance and sandwich in the Colleges of Education.

"In view of this, it has become necessary to synchronise the basic schools academic calendar with that of the Colleges of Education. By this arrangement, excuses by teachers to vacate classrooms to attend such programmes should therefore not be tolerated," a letter signed by the Director-General of the GES, Mr Samuel Bannerman-Mensah, said.