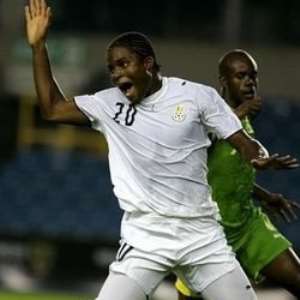 Dickoh's first half goal helped FC Utrecht to a 1-0 against Willem II Tilburg.

The defender was the unlikely source to score but he handed his goal secured his side an important win.

The goal by Dickoh over the weekend was the only Ghanaian goal in the Eredivisie with regular scorer, Matthew Amoah failing to find the back of the net for NAC Breda in their goalless draw with Heracles Almelo.

Amoah was withdrawn midway through the game on Sunday as a precautionary measure after complaining of thigh pains.