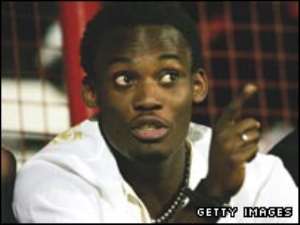 Ghanaian midfielder Michael after coach Carlo Ancelotti said he has completed his business in the summer transfer window.

However, as Chelsea prepare for their Community Shield showdown with Manchester United on Sunday, Ancelotti has confirmed there are no plans to add to the squad before the transfer window closes.

"Now we stay with the players I've got. I don't want to take other players because the squad is very competitive,'' said Ancelotti.

"We don't need other players and I don't expect to make any more signings before the window shuts.''

This means for the upcoming season.

The Blues have made just three signings this summer, with Ross Turnbull, Daniel Sturridge and Yuri Zhirkov moving to Stamford Bridge.

Come out and declare your commitment to fight against galams...
16 minutes ago