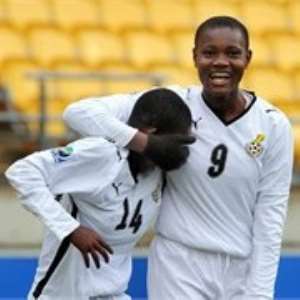 Four Ghana female football stars have signed deals to play for University of Texas at Brownsville and Texas Southmost College from next season.

The three outfield players were members of the Black Princess squad that played in last year's women's U-17 World Cup while Issah was spotted during a scouting mission.

They have been offered scholarships to study at the university while pursuing their football careers.

Although they are new to UTB-TSC, the Ghana players already are familiar with one another.

They will be joined by Sawuda, a goalkeeper from Tamale Secondary School.

Barjaktarevic said UTB-TSC is lucky to have signed these four talented players.

"We are getting four of the top young stars from Ghana," Barjaktarevic said.

"Florence, Elizabeth and Linda played on the U-17 team that had a great tournament. All three girls had great roles in games against Germany, North Korea and Costa Rica."

With a fully assembled team, the Scorpions will begin the season on August 21 with an exhibition against the Harlingen Celtics club team at the new REK Center Field.

Accra: One Killed As 4 Cars, 2 Motorbikes Collide At Anyaa
8 minutes ago