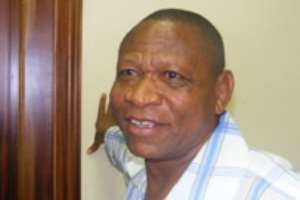 Real Tamale United have expressed interest in former King Faisal boss Steve Pollack after claiming Coach Abdul Razak will not be getting a new deal with the club.

The 1978 African footballer of the year has been told his contract will not be extended beyond the just ended season.

Razak reign with the Tamale-based team was characterized by fans protest after escaping relegation by the whiskers in the past two years.

He went AWOL in the early stages of the League after some aggrieved fans threatened his life but returned when the management team intervened.

Razak helped Asante Kotoko win their first local league in ten years in 2003 but failed to make an impact in his two year stay at the club.

Reports claim RTU have made numerous overtures to lure Pollack to take over the mantle.

The Brit has always indicated his desire to coach another Ghanaian side if the offer was good.