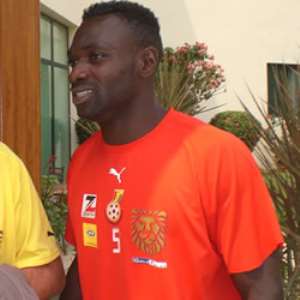 Ghana defender, John Mensah is determined to enjoy a rather good season after enduring an injury-plagued spell in the previous season.

Mensah, whose future with Lyon has consistently come up in the press says despite the reports, he wants to remain focused on ensuring he enjoys a successful 2009/10 season.

The Ghana player says he is open to a move to the Premier League amid reports linking him with a move away from Lyon.

The 26-year-old defender told skysports.com: "It is great to be linked to Premier League clubs.

"My past season with Lyon was not good and I hated to be injured. But I am fit now and raring to go, either at Lyon or the Premier League."

He added: "I am aware of the interest, but nothing is agreed yet, it was always an ambition to play in the Premier League, so let's wait and see."

Reports in France claim that the Ghana international is attracting interest from Sunderland and West Ham United.