‘CPP, STOP BEING SLAVES TO HISTORY’ 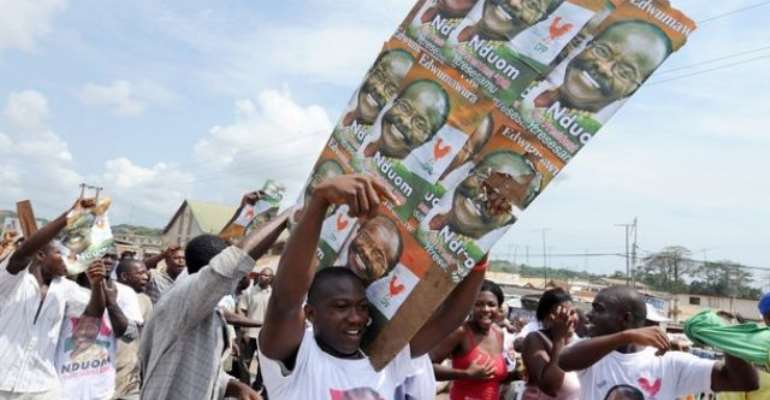 A leading figure in Ghanaian politics once told the leadership of some splinter CPP groups not to be slaves to history. The said stalwart had become increasingly miffed at the hard-line stance of that CPP groups, at a time that there were talks of the CPP and the groups coming together to form a credible alternative to challenge the NPP-NDC duopoly.

The stance of the CPP group was and is still annoyingly clouded in what they (the CPP group) considered to be the rich history of the CPP and thus would not even give a thought to the reality of contemporary politics, let alone to actualize it.

That means, they have no inkling towards the re-branding; re-structuring and the re-tooling of the CPP. To such zealots, the name CPP, its symbol, colours and that of its founding father- Kwame Nkrumah, if well espoused, are enough to win political power for the CPP. Yet the CPP has been where it has been, if not worse off. So what is so magical about the Kwame Nkrumah name or the CPP? Yes, Nkrumah was a great leader who really lived through his generation with some wonderful achievements. But does the CPP overly need to rely on the dead Nkrumah name as the best election tool to stoke up the fortunes of the CPP?

The fact that that has not really worked over the years, meant it is about time the CPP re-positioned itself and ceded itself from the over reliance of the Nkrumah identity and established a newCPP party that can match any of the so-called two bigger parties. That will be the best thing to honour the great Pan Africanist.

Years on, that statement from that political stalwart does seem to us very apt, a description that befits the thinking and posture of some members of the CPP leadership and some of the party's supporters.

Some old guards of the CPP are yet to come to terms with the reality of the dynamics of current global politics that demand total different approach from what pertained in the 60's, when the CPP was almost impregnable for any political party to break.

The NPP takes its root from the United Party (UP) that later metamorphosed into the Progress Party (PP) that won the 1969 elections. It later became the Popular Front Party (PFP) in 1979. Why didn't the NPP adopt the Progress Party name during the inception of the 4th Republic? After all until the NPP was formed in 1992 and indeed won the 2000 and 2004 elections, the Progress Party had been the only party from the UP tradition to have won power for that group.

The NPP did not rely on the achievements of Prof. Kofi Abrefa Busia and Joseph Boakye Danquah, their founders to achieve their feats in 2000 and 2004. They relied mostly on the quality of their human resources; their political persuasion; the commitment of party members and supporters; the proper packaging of an alternative that was different from that of the then ruling NDC and finally the strict adherence to party discipline and cohesiveness.

The National Democratic Congress (NDC) was a virtual new entity during the 1992 elections. It came from a tradition that the so-called established traditions referred to as either coup makers or revolutionaries and again assumed the tag as a Third Force of Ghanaian politics, those negative tags did not deter them. They worked on what was relevant at that time and indeed that paid off with two elections in 1992 and 96 elections and won again the last election because it positioned itself as an amalgam of the best human resources from both the CPP and the NPP.

The victories of the two parties had nothing to do with history but what the present generation of the party's leadership offered the country and the electorates. Unfortunately, that is not the story of the CPP.

The party has since '92 been buried in childish and irrelevant issues of who really is a thorough- bred Nkrumaist; which leader will be the best in espousing the achievements of Nkrumah to a fault; who will defend the colours and symbols of the CPP and unnecessary fight over the name CPP.

Indeed the CPP name was restored in 1998 and if that alone was the magical wand that the CPP needed to win power, the CPP would have won all three elections that have been organized in the country since the restoration of the “magical CPP name”.

It is good that the CPP is organizing a “Family Gathering” today to fashion out the way forward, but is this the first time? Certainly not! The party has since the 2008 elections embarked on re-organization and appraisal of the party's performance in the last election; yet we are yet to be informed about the outcome of such programmes.

We believe the time has come for the CPP to talk seriously about strict disciplinary code: what to do with party members who will misbehave to the extent that they will not care a hoot about how their actions may affect the fortune of their party at a given election.

Another area that the CPP will have to take a critical look is where they only position themselves as surrogates in order to support either NPP or NDC. That is how come some of the CPP members who were with the National Convention Party (NCP) that formed the Progressive Alliance with the NDC and the EGLE party, decided to stay with the NDC when the alliance broke down after the infamous Arkaah drubbing by former President Rawlings.

Another alliance brokered between the NPP and another CPP group-the PCP- also went against the CPP in the long run. Aside the fact that the NPP outmuscled the PCP by reneging on the detailed agreements reached by the two parties in relation to the filing of Parliamentary Candidates, some PCP members also decided to pitch camp with the NPP when the Great Alliance was abrogated.

Those murkier arrangements continued during the presidential round-off in the 2000 elections when the CPP again supported the NPP and the current arrangement where some CPP supporters who unilaterally supported the NDC in the last round-off are serving in the NDC administration.

Indeed these are some of the issues that the CPP should tackle and not consummate the stance in worshiping the dead, flag and symbols.