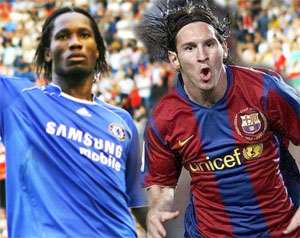 Chelsea striker, is set to sign a new three-year deal, according to the Blues manager, Carlo Ancelotti.

The 31-year-old scored the first goal in a 2-0 friendly win against Inter Milan in the United States on Tuesday.

“Drogba is a very important player for us and we want him to play for Chelsea,” said Ancelotti.

“He is irreplaceable, as no other striker in the world can do the same job. I've spoken with Drogba and he has told me that he is happy to stay.”

The Ivorian forward, who has scored 94 goals in 216 games for Chelsea, notched the first goal against the Italian Champions after only 11 minutes, at a World Football Challenge match at the Pasadena Rose Bowl in Los Angeles.

He received a pass from Frank Lampard, with his back turned, and he subsequently turned to fire home from 20 yards. Lampard then added the second from the penalty spot just after the half-time. The match was played in the presence of about 81,244 spectators. The new deal will extend Drogba's stay at West London to 2012, and after the game he maintained that it was the belief of the players, that Chelsea captain, John Terry, who is being targeted by Manchester City, will also stay at Stamford Bridge.