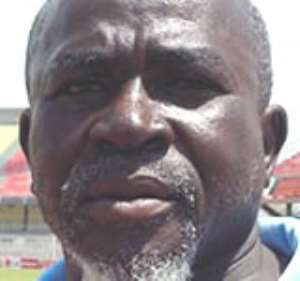 This year's competition has been touted as the best in many years with the league title race and relegation fight going down to the wire.

As many as five clubs are involved in the relegation dogfight while Hearts of Oak need a final day victory to annex a 20th league crown.

Even though Grunsah's club was in the hunt for the title only last week, the chairman of the Kumasi-based club says beneath the façade is an unthinkable sleaze.

“We should not hail a league that is the most corrupt league in the world as perfect,” Grunsah said.

“We have seen that with many clubs involved in the relegation fight phone calls are being made here and there.

“Anybody with an objective eye will see that there is massive corruption in the league. If we are brave we should bring in an independent person to observe.”

Grunsah, who is at loggerheads with Ghana FA boss Kwesi Nyantakyi, made this statement after the leader of the country's game hailed this year's competition.