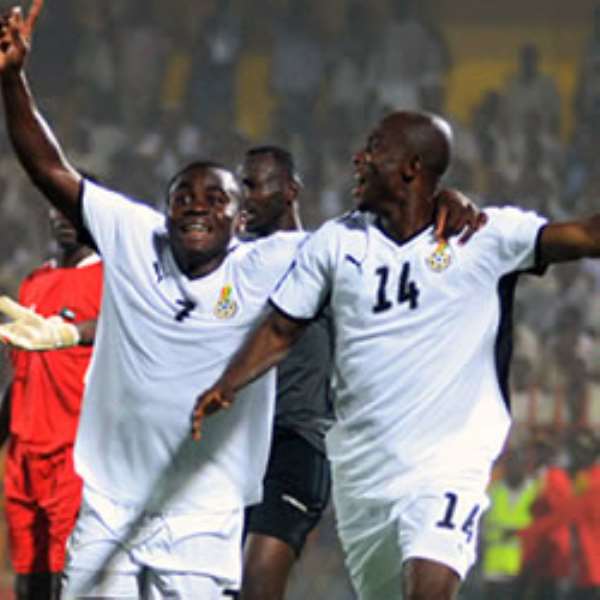 The NAC Breda striker continued his fine form, scoring three goals in the last two games to give Ghana six points from two away games.

Against Sudan on Saturday, Amoah found the back of the net twice in Ghana's 2-0 win and now sends his goal tally to four.

He becomes a joint top scorer with Agogo as Prince Tagoe follows with three.

“I scored goals, so naturally I am delighted with my performance, but this was down to great team effort,” he told KickOffGhana.com.

“We fought for every ball and battled hard throughout and my two goals were just reward for that.”

Ghana are five points clear in Group D after Mali fought back to beat Benin 3-1 at home.