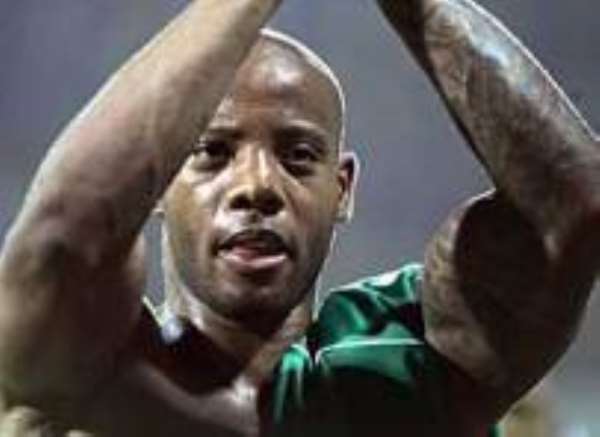 The unattached striker who walked out on Egyptian giants, Zamalek last March citing inhuman treatment has been training with the East London-club to maintain his form with a view of joining a club next season.

Kwesi Appiah, Deputy Black Stars' trainer told GNA Sports in Accra about his meeting with Agogo in London during his monitoring tour of Great Britain recently.

"We met up and Agogo told me he is training with Lleyton Orient to keep his form. He also trains daily under the guidance of his personal trainer."

For the second successive time, Agogo who rose to local fame with his goal scoring exploits during the Ghana 2008 Africa Cup of Nations has now been left out of the Stars squad, but Coach Milovan Rajevac insists he remains in his plans.

"Agogo remains in my plans. For now he must sort himself out, and I will consider him for future games."

The striker, who turns 30 on August 1, surprisingly joined five-times Africa champions, Zamalek after guiding Nottingham Forest to promotion to the Championship (second tier of English football).

Agogo has scored 11 times in 25 appearances for the Stars since making his debut in 2006.