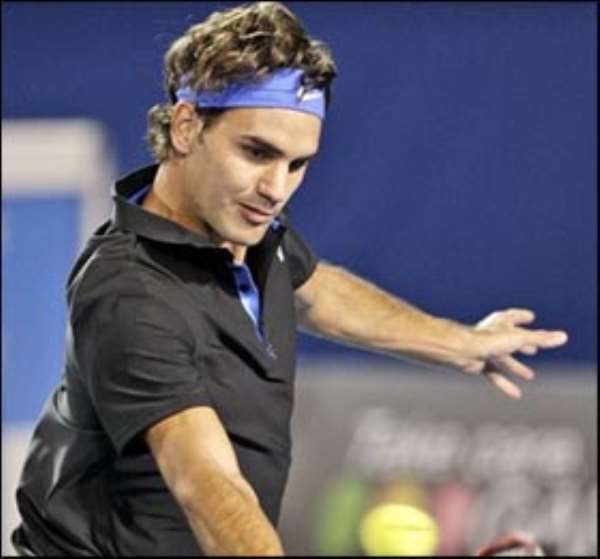 Roger Federer Second seed Roger Federer narrowly survived a scare at the hands of Tomas Berdych to reach the quarter-finals of the Australian Open on Sunday.

The Serb raced through the opening set in 25 minutes then fought back from a break down to win the second on a tiebreak.

Baghdatis, a Melbourne finalist in 2006, won the third in a tiebreak but twice failed to hold his own serve in the fourth set as Djokovic finally sealed victory.

He next faces Andy Roddick for a place in the semi-finals, while Federer takes Juan Martin del Potro after the Argentine battled past Croatian 19th seed Marin Cilic 5-7 6-4 6-4 6-2.

Andy Roddick beat Spain's Tommy Robredo 7-5 6-1 6-3 and will next meet either Novak Djokovic or Marcos Baghdatis.

“I enjoy those kind of fights because it doesn't happen very often, I've had maybe five or six in my life,” said a relieved Federer after finally removing Berdych with an ace to win the fifth set. The Melbourne crowd gasped as Berdych assumed a two-set lead, but Federer improved substantially in the third set - it could hardly have deteriorated.