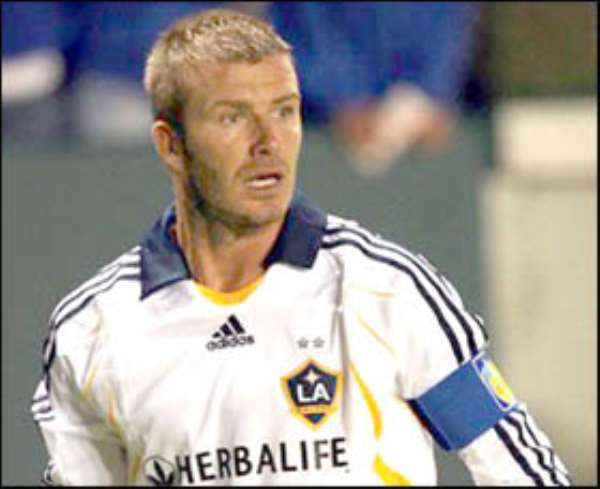 David Beckham Italian giants AC Milan are reportedly keen on keeping England Captain David Beckham beyond March. Beckham recently joined Milan on loan from Los Angeles Galaxy but he is due to return to America in March for the start of the Major League Soccer season.

The midfielder has insisted that is when he will head back across the Atlantic, but Gandini hopes he will stay with Milan longer.

"We would be foolish not to look into extending his contract," Gandini said in the Sunday Mirror.

"David is a great player and we think he can fit into our game plan and give AC Milan a higher profile.

"What we have is a short-term contract in which he'll play eight to ten games."

Carlo Ancelotti has confirmed that Beckham will start on the substitutes' bench for yesterday's Serie A clash with Roma.

The 33-year-old is looking to maintain his fitness and press his claims for an England place, and Milan have already been impressed by his attitude.

Gandini added: "The impact he'll make depends on what condition he is in as no one doubts his skills.

"David is a great pro and he can give the team a boost on the pitch.

"England manager Fabio Capello, whose opinion we respect a lot, has spoken very highly of him also."