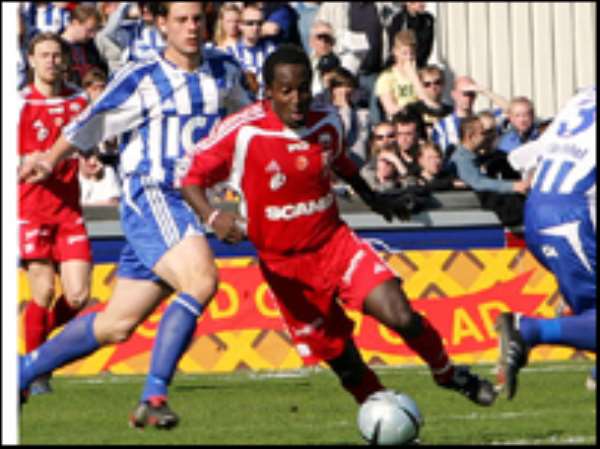 The 25-year-old sealed the deal on Thursday and immediately started pre-season training with the club.

Atiku turned down offers from his former club Assyriska and Vasteras as well as Lovisa Österberg insisting he wants to play in the country's top flight league.

But Vasalund IF, who play in the second tier league, managed to convince him because, promising he will play in the top flight league this season.

Vasalund have a reciprocal agreement with giants Djurgarden which allows the top flight side to use five players from the second tier club.

The deal reunites Atiku with coach Peter Lenell who coached the midfielder as Assyriska two seasons ago.

Atiku is keen on using the opportunity to force his way back into the Ghana national team after two years in international wilderness.

"I was insisting on playing in the top flight league becasue I want to get back into the national team," Atiku told Ghanasoccernet.

"Playing in the top league improves my chances and I think that where I belong. I really want to play for Ghana."

Attiku joined Assyriska in Sweden's top league three years ago but were relegated two times in as many years.

He also had a short stint with Hapoel Pektah Tikvah of Israel in 2002.