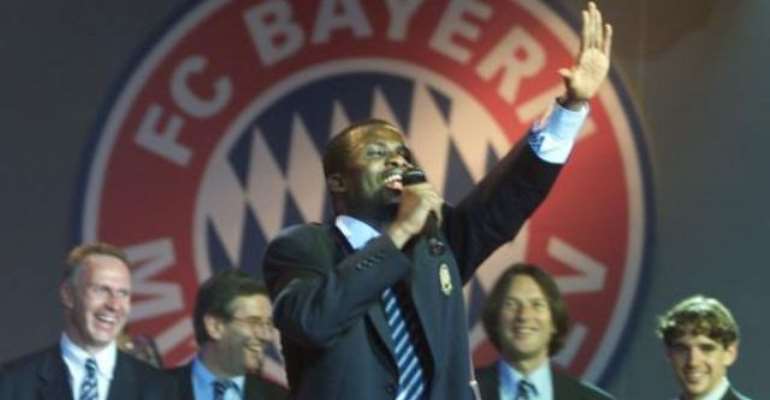 THE Sportswriters Association of Ghana (SWAG) has named Germany-based Ghanaian international soccer star, Samuel Osei Kuffuor, as the nation's Sportsman and Footballer of the Year.

A statement issued in Accra yesterday and signed by the association's secretary, Mr Emmanuel Amoako, said by this achievement, Kuffour becomes the third footballer in the history of the SWAG awards to have grabbed the two topmost awards at a go.

During the year under review, Kuffour was part of the Bayern Munich team that won the European Cup in May 2001 and also played a key role in helping them win the German Bundesliga title.

He also scored the winner in the World Club final against Boca Juniors.

The association also named the national Under-21 team, the Black Satellites, silver medallists at the recent World Youth Championship as the Team of the Year while the award of Coach of the Year went to J. E. Sarpong for the role he played in saving 'Wonder Club' Accra Great Olympics, from the brink of relegation.

Asante Kotoko's stalwart defender, Joe Hendricks came out tops as the Defender of the Year while former international star, Emmanuel Ampeah, now with Alhaji Grunsah's King Faisal Babies, is to be honoured for his Dedication and Valour.

The statement said four organisations and an individual will receive special awards.

The chairman of Liberty Professionals, Alhaji Sly Tetteh, is also to receive a special award for his immense contribution to football development.

The date for the awards has been tentatively scheduled for March.