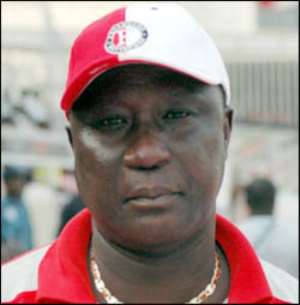 The Kumasi based club, according to information available to DAILY GUIDE SPORTS, is on the brink of luring the coach to its fold as talks between the two parties seem to be yielding fruitful results.

A source hinted that Coach Bash has accepted the offer put on table by Kessben FC officials and would put pen on paper soon.

Though he could not readily disclose Kessben FC's offer, the source suspected that it is so mouthwatering that the former Kotoko coach could not resist.

Coach Bash, it would be recalled, lost his job after guiding Kotoko to win the premiership last season.

He quit the job after turning down an offer from Kotoko to assist newly appointed Belgian coach Maurice Cooreman. From Fred J.A. Ibrahim Jnr., Kumasi