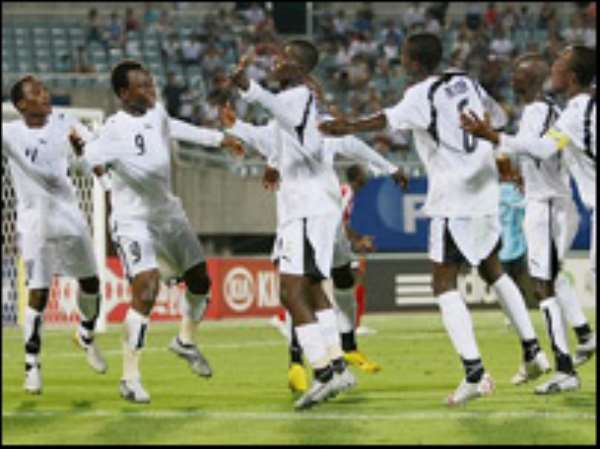 Abeiku was a member of 2007 Starlets French side Nice have handed a five-year contract to Ghana youth international Abeiku Quansah after impressing the Ligue One outfit.

Abeiku, who turned on Sunday, had been training with the club since the summer and was unable to sign a contract because he was still a minor.

to to Club president Maurice Cohen announced that a deal was imminent for the midfielder to become the latest capture for the Mediterranean club.

The former Ghana under-17 international is thought to be a really top prospect and, as such, Nice have elected to sign the player on a five-year deal, which should be finalised in the near future.

Quansah first came to Nice's attention after training with the club last December and was invited to train with the squad during the summer.

Although the player is unlikely to be involved with the first team for quite some time, he will be able to learn from Lo?c Rémy, one of France's hottest young forwards.

Rémy was injured in the first half of this evening's match against PSG but, of course, the severity of the injury is not yet known.

Nice have had few problems scoring goals this term, managing 15 in their opening eleven games.