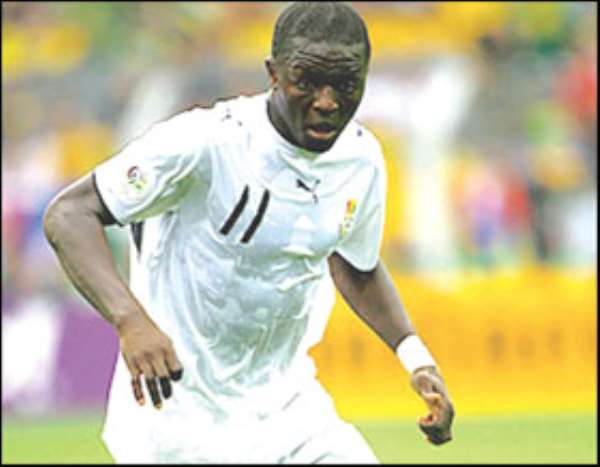 DAYS AFTER being pitched in Group D of the 2010 World/Africa Cup qualifiers with Mali, Sudan and Benin, Sulley Muntari insists Ghana will make its second successive appearance at the Mundial.

Speaking in a radio interview via telephone from his Milan base, the Ghanaian midfield general said the Black Stars wield the cohesion and quality players to top the group and make it to South Africa.

Though he admitted that the Black Stars have not been in their full element of late, Muntari emphatically indicated that Ghana would rise to the occasion when the qualifiers begin in March next year.

He said the joy and pride that he and his colleagues experienced whilst playing at the last World Cup with the best players on the planet, would serve as a motivating factor for them to go all out and qualify once again.

Muntari thus appealed for total support from football loving fans in the country, especially when the going gets tough, reiterating that Ghana is on its way to the next World Cup.