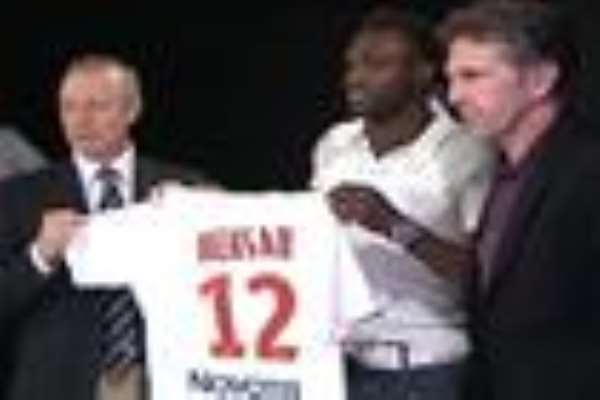 Mensah moves from fellow Ligue 1 side Rennes where he spent two in a deal worth 8.5 million Euros.

The "Rock of Gibraltar" is expected to fill the vacuum created in the French champions' side with the departure of Sebastien Squillaci to La Liga side Seville.

The 25-year-old centre-back is Lyon's fourth signing this summer and will play in this season's UEFA Champions League.

Mensah had been linked to Englsih Premier League sides Reading and Wigan before confirming a deal with Lyon.

He becomes the second Ghanaian to join Lyon after Micheal Essien's successful spell at the club that resulted in a big money move to Chelsea in 2005.