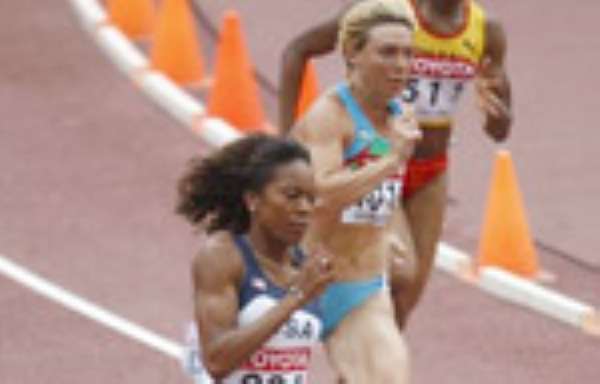 The country could only win four silver medals at the championship, but it could have done immensely better with the presence of the duo who are indeed experienced in games like this.

Gaisah and Simpson are both injured and could miss the upcoming Beijing Olympic Games to be hosted by China in September.

Sprinter Vida Anim won three medals for Ghana as she grabbed silver in both 100 and 200 meters.

She again powered the 4x100 meters quartet to clinch silver ahead of Nigeria, their bitterest rivals though South Africa won the race.

Apparently, she was aided by Esther Danquah who is based in Germany as well as local compatriots Gifty Addy and Elizabeth Amolofo.

Even though Vida was beaten by her Nigerian counterpart, Osayomi for the second successive time, she made sure Ghana's name appeared in the medal standings.

Veteran Eric Nkansah, captain of the team and Seth Amoo were also not left out of the race as they anchored the 4x100m team to win silver behind Nigeria.

The performance of the team at the games throws a challenge to the Sandy Osei Agyemang-led Ghana Amateur Athletics Association (GAAA) to do more to improve Ghana's fortunes at the upcoming games in Beijing, which is bigger and more competitive than the just-ended African championship.