After 20 Years Of Top Level Football Foyoo Calls It Quits 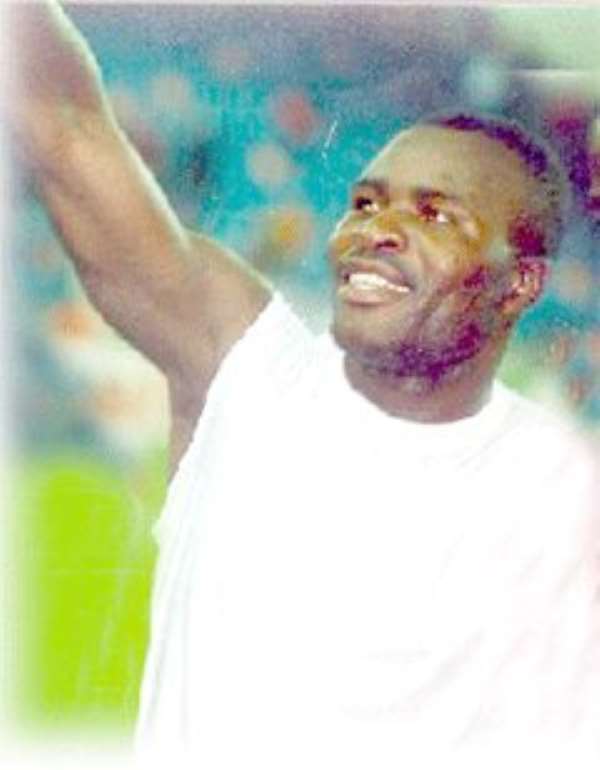 “The limbs cannot carry me any further and I have to accept that,” the former Hearts of Oak and Fenerbahce star told the Graphic Sports in an interview.

For the burly player who played in almost all positions, save goalkeeping during the serious part of his career, he came to the end of the road following his return from Kayserispor in Turkey after the last season.


Sam Johnson, affectionately called Foyoo, has since concentrated on his physical fitness in gyms in Accra, including the Maximum Gym at Dansoman, where morning workouts have sustained his sporting life.


“There comes a time to call it a day, and I think this is the time,” the player given to speaking little said.

In his quiet demeanour when he sneaked between the metals at the gym, Foyoo was reluctant to discuss his future in the open and sought refuge in “let's talk later”.


But the soft-spoken Foyoo, born on July 25, 1973, must have left the scene with little regret after charting one of the most dramatic rises into football stardom in Ghana.


From an ordinary defender at Hearts in the early 90s, Johnson became a prominent figure with the Black Stars, debuting in Ghana's 1992 Nations Cup qualifier against Nigeria in Kumasi, though he missed the selection for the tournament in Senegal.


Under various coaches, including German Burkhard Ziese and Romanian Petre Gavrilla, he played in multiple roles and is well remembered for his two goals that helped Hearts wallop Cameroun's Mvolye Club 4-1 in a 1995 CAF Cup Winners Cup clash in Accra.


His maiden Nations Cup appearance at Tunisia 94 ended in pain when he was stretchered off after only 16 minutes of Ghana's opening match against Guinea. Just like he fell out, the Stars were also bundled out of the tournament after group play.


After the injury that sidelined him for long, he transfered to Europe where he subsequently played for Kalamata in Greece, Anderlecht of Belgium and Turkey's Gaziantespor and Fenerbahce, as well as Kayserispor.


His next Nations Cup experience proved more fulfilling at South Africa '96, emerging a revelation for Ghana at the tournament.


Without the finese of the more traditional lateral defenders of the make of the late Ofei Ansah, Foyoo possessed acuracy in timing, strength, endurance, a superb aerial ability and an unending lust for adventure as typified by his runs along the left flank, a typical example being when he persevered against serious physical challenges to cross the ball for Tony Yeboah's eye-pleasing strike that remained a television advert for years.


Four years later in Burkina Faso where Ghana again staged a disastrous outing that failed to progress beyond group play, Foyoo remained one of the prominent figures in Ghana's defence despite the general flop.


Ghana 2000 was his last at the continent's football fiesta, and though he came close to making it into the team that represented Ghana at its debut World Cup appearance in Germany two years ago, Foyoo was said to have slowed in nerves and competition, and the dream fizzled out.