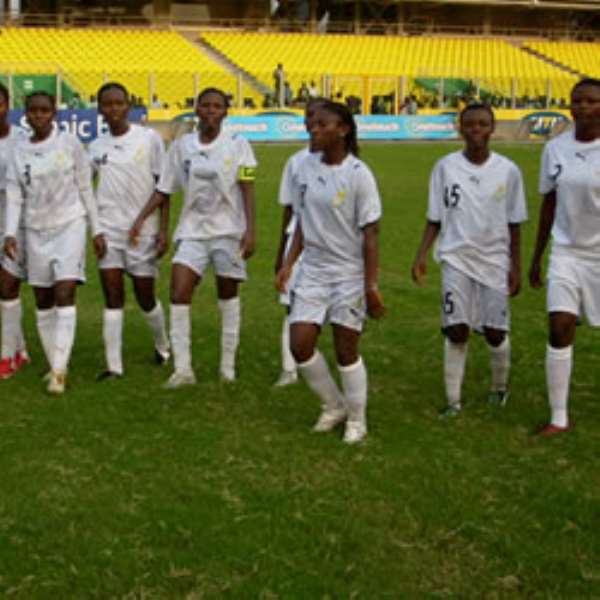 Ghana will be closing in on a place in the final round of qualifiers for the FIFA U-20 Women's World Cup when the Black Princesses play Botswana today.

The Black Princesses won the reverse fixture 4-1 in Gaborone, a fortnight ago and a win at the Ohene Djan Stadium will qualify the Ghana into the last four stages of the African qualifiers.

Ghana, playing their debut qualifiers in this competition are confident of sealing one the two qualifying places.

Africa has two slots at the World Cup to be hosted by Chile which comes up between December 30 to January 17, 2009.

Despite the convincing away win, head of Ghana's technical team, Francis Oti Akenteng, is demanding total concentration from the Black Princesses.

"We must not get carried away with the first leg result. The team has to play well and win in front of their supporters.

"This is a gradual building process and we are happy with what we have done so far,” the coach said.

The Black Princesses will miss the trio of Portia Boakye, Anita Amankwah and Doreen Awuah, all included in the senior squad for the Olympic play-off against Brazil on Saturday.