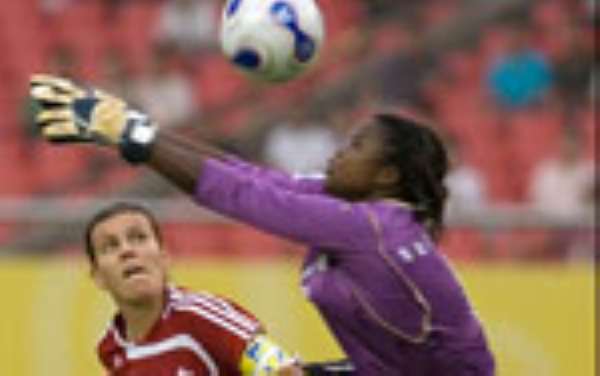 Today, the Black Queens of Ghana will know their fate. As to whether or not they will qualify for this year's Olympic Games in Beijing, will depend on the outcome of their clash with the female national team of Brazil.

The Queens arrived in China on Wednesday with much confidence of scaling the hurdle that awaits them when they engage in a play-off.

Against a dreaded Brazilian side that were runners up to Germany in last year's Women's World Cup, players and technical handlers of the Queens are optimistic they can defeat the Brazilians despite their strength in women's football.

Florence Okoe, one of the most exciting midfielders in the team is confident that with the training they had undergone and the high spirit among the players, nothing would stop them from beating the Brazilians.

Okoe, who sounded unperturbed about Brazil's recent performance, stated that she and her colleagues were in the right frame of mind to battle the South Americans.

Black Queens, second-best team in Africa, have never qualified for the Olympic Games women football event and are considered as underdogs for the game against the South Americans.

While Brazil was edged out of earlier qualification by Argentina, Ghana lost the sole ticket for Africa to Nigeria.