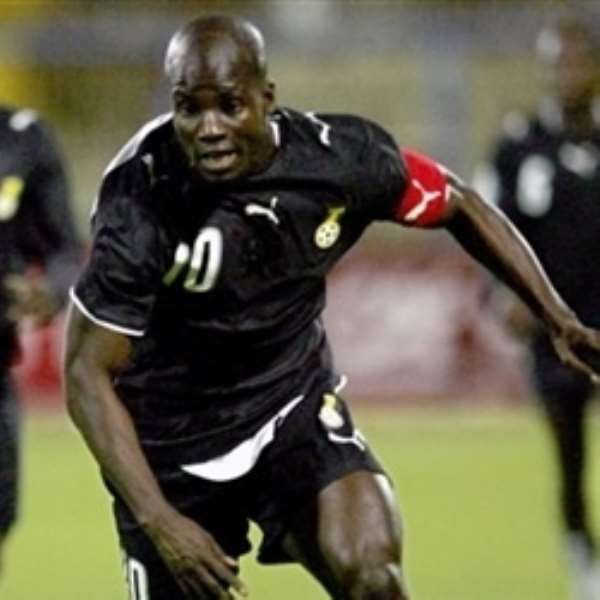 Stephen Appiah has started ball work as he battles back from a career-threatening knee injury.

The Ghana captain, who has been battling with a knee problem since his appearance in a four nation tournament on home soil last November, says that club doctors at Fenerbahce estimated he would be out for six months.

He is now in Lugano, Switzerland, for the next phase of his rehabilitation.

And after spending much of the period after the Easter holidays working in the gym, Appiah started training with the ball earlier this week to his absolute delight.

“Its quite strange because I haven't kicked a ball for over 4 or 5 months now so when they gave me a ball at the start of this week it was very emotional. I had a lot of flash-backs to the good old days and started playing keep-ups, or 'totals' as we say in Ghana,” he said on his website.

“They only gave me the ball to kick about gently and to see the reaction and so far I think it has been good. Since then I have trained with the ball gently all week and I am happy with the reaction.”

Despite the thrill of working with the ball again, Appiah admits he has no idea when he will be returning to the field.

“I have some tests to undergo at some point next week and we will see how things have progressed. I think we are getting to the stage where if the progress I am making continues, then the doctors could give me a return date, but let's not count our chickens yet.”