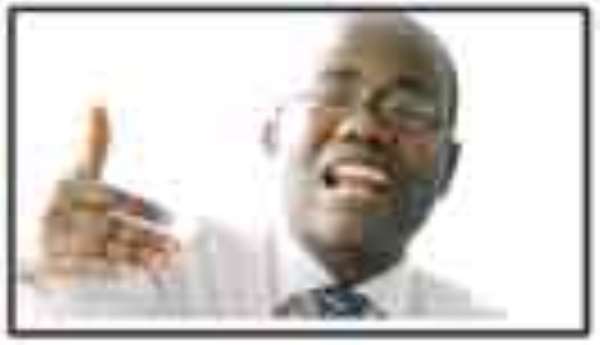 THE GFA President, Kwesi Nyantakyi has expressed optimism about the chances of the senior female national team, the Black Queens, saying they will beat mighty Brazil to snatch a slot for this year's Olympics Games in Beijing.

The Black Queens are paired against their Brazilian counterparts for a play-off, after Super Falcons of Nigeria picked the single available slot allocated to Africa.

Considering the pedigree of the Brazilians, some football followers in the country have predicted disaster for the Queens in the upcoming contest.

Some connoisseurs of the game have even advised the Queens management against honouring the match, contending that Brazil would embarrass the Queens with a cricket score.

But in a sharp rebuttal, Kwesi Nyantakyi said the Queens could cause a shocker across international soccer circles by beating the Brazilians.

“I will be least surprised if the Queens thrash Brazil to qualify for the Olympics Games. As you know modern football is full of uncertainties and anything can happen on the day.

“I recently visited the Black Queens at their training base and based on the assurances that the players gave me, I am highly optimistic that we can make it”.

The GFA Boss thus entreated soccer loving Ghanaians not to give up hope and rather continue to offer unflinching support to the female soccer national team, insisting “we have the chance to eliminate the Brazilians”.