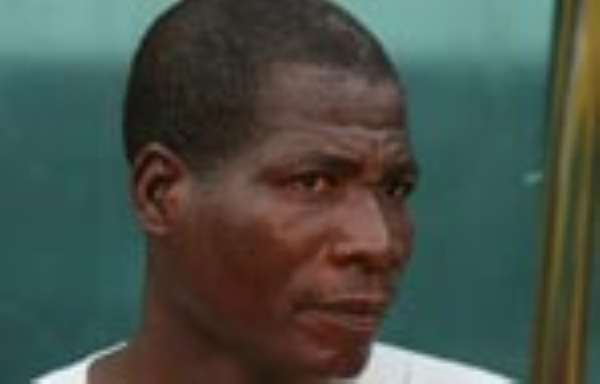 Edward Ansah, former national goalkeeper has urged Ghanaian strikers, both local and international, to work hard to improve their shooting accuracy and aim at goal.

He said this was important if the nation was to overcome her inability to score important and enough goals at both local and international matches.

Ansah, a former goalkeeper of Kumasi Asante Kotoko was speaking to the GNA Sports at the Baba Yara Sports Stadium in Kumasi after the 'Porcupine Warriors' had beaten Wikki Tourists of Nigeria 4-1 in the one-sixteenth stage of the Confederation Cup Match.

He expressed his dissatisfaction about the numerous chances Ghanaian strikers squander during matches and said this was inimical to the development of football since the sport was all about goals and not only about how good a team played.

Touching on the Kotoko-Wikki match, the former national goalkeeper commended Kotoko for living up to expectation but bemoaned some begging chances they failed to utilize.

"Kotoko should have recorded a cricket score line if the attackers had taken their chances well", he said, stressing that in spite of this, the Porcupine Warriors were still in contention for the cup judging from their standard of play in recent matches.

Ansah advised the technical team to work harder on the physical conditions of the players to improve on their stamina. Skipper Emmanuel Osei Kuffour, who was beside himself with joy after the match, also told the GNA Sports of the team's resolve to overcome their next opponents.

"We are not afraid of any side since we have the men and technical ability to upstage even the toughest clubs on the continent", he noted.