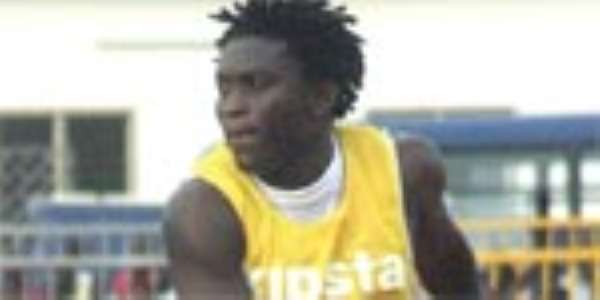 KOTOKO'S TITLE aspirations received a massive boost when they walloped Real Tamale United (RTU) 2-0 at the Baba Yara Stadium in Kumasi yesterday to end the first round of the Onetouch League on top of the ladder.

Kotoko who looked hungry for a win after two successive draws with Hearts and Arsenal, scored in each half to take the three points at stake to the delight of their teeming followers who defied the earlier downpour to throng the stadium in their numbers.

Midfield Dynamo, Jordan Opoku capitalising on a goal mouth melee tapped home to put the home team ahead in the 39th minute.

From the break, Kotoko piled more pressure which resulted in another goal in the 48th minute from the boot of Tormentor-in-Chief Eric Bekoe who has scored 12 goals in 15 matches.

The Porcupine Warriors piled more pressure but could not score more goals.

And Charles Nixon Yeboah in Accra reports that Second-placed Liberty Professionals were held to a 2-2 drawn game at the Essipong Sports Stadium in Sekondi.

Playing the second half with a goal deficit, Liberty equalized in the 90th minute through Ashmond Essuman who beat goalkeeper Joseph Addo.

Meanwhile, fans of Sekondi Hasaccas descended heavily on the referee after the game for failing to whistle for an offside against Essuman.

In another match featuring third placed Heart Lions lost by three goals to nil to All Stars at the Wa Sports Stadium.

Reports indicated that Lions were no match for All Stars as they could not get their acts together.

Defending Champions Hearts of Oak's woes deepen as they failed to convert the numerous chances created against Real Sportive at the Tema Park, drawing with their opponents.

Meanwhile the Phobians have an outstanding match to be honoured on Wednesday against Wa All Stars.