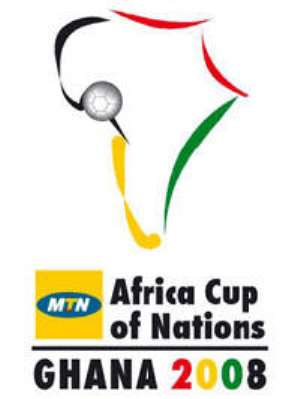 The 26th Africa Cup of Nations (Ghana 2008) ended yesterday with the defending champions, the Pharaohs of Egypt retaining the title they earned two years ago.

They were expected to, by most pundits, though the BBC seemed more impressed by the Elephants of Cote d'Ivoire, variously describing them as “favourites” and “five star”.

The Indomitable Lions of Cameroon, under the tutelage of former Ghana coach, Otto Pfister, nipped the Ghanaian Black Stars a painful one-nil to get to earn a place in the finals with the Egyptians which was played yesterday at the Ohene Djan Stadium in Accra.

The playoff for the bronze between Black Stars of Ghana and the Lions of Cote d'Ivoire on Saturday was as thrilling as it was rich in goals, garnering a total of six with Ghana bagging 4 and Cote d'Ivoire taking 2.

It was a match that many observers described as befitting a final with both sides not wanting to leave the Baba Yara Stadium in Kumasi without something to show for their three week effort! In the end, it was a more determined and motivated home side that came from behind in the first half to clinch the winner in the closing minutes of the second half.

After losing to Cameroon, Ghanaians were sorely disappointed but not so as to denigrate the Stars, but willed them on to take third place which by and large has assuaged the nation. Ghanaians are proud that the tournament ended with the Black Stars among the top three of the continent, especially as the team improved with each game it played.

Off field, the tournament itself has been a resounding success, described by some people as the best ever with facilities, infrastructure and logistics holding up to the stringent demands of international standards.

It was a major challenge from the beginning when Dr. Kofi Amoah led a bidding team that won Ghana the right to host the tournament three years ago. It seemed like a daunting task, but with the support of the government things got going, slowly at first, but gathered momentum as the day of the inaugural match drew ever closer.

Would the stadiums be completed in time? Would there be good hotels? Would there be enough training facilities? Would the technical equipment needed for the worldwide telecasts live up to expectation? These and many other questions started occupying minds from early 2007 on. Legitimate concerns, but the Local Organizing Committee (LOC) kept its nerve and can today bask in the well-earned tributes flowing in about a job well done.

A fan in Tesano, a suburb of Accra, celebrating after the Ghana-Cote d'Ivoire match on Saturday said “Yes, we did not win the Cup but we won big with our organization, the best so far”. A most consoling way of putting it when the Cup was so tantalizingly within grasp...