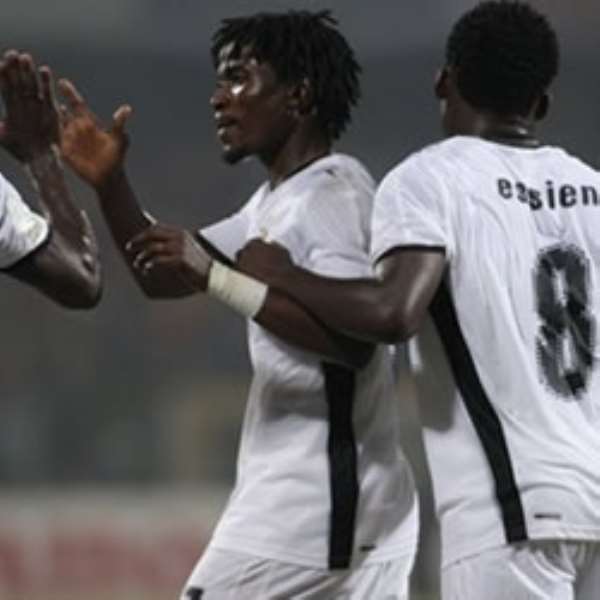 Laryea Kingston says Ghana would need to cope without the suspended John Mensah for Thursday's African Cup of Nations semi-final game against Cameroon.

The Ghana captain misses the match in Accra after picking up a red card during Sunday's 2-1 quarter-final win over rivals, Nigeria.

“He is an important player for us. He is the pillar at the back. But all the same I think we have others there to step in. I think we have good defenders who can replace him,” Kingston told ghanafa.org.

The tournament has gotten to its difficult stages as four teams battle for the two places in the finals.

However, Kingston, a second half substitute in the game against Nigeria says Ghana, who are through to the last four for the first time since 1996 would have to be prepared for any team as the tournament enters the final stages.

“We don't want to avoid any team. Any side that qualifies to play against us, we are battle ready. We are ready to meet any other team.”